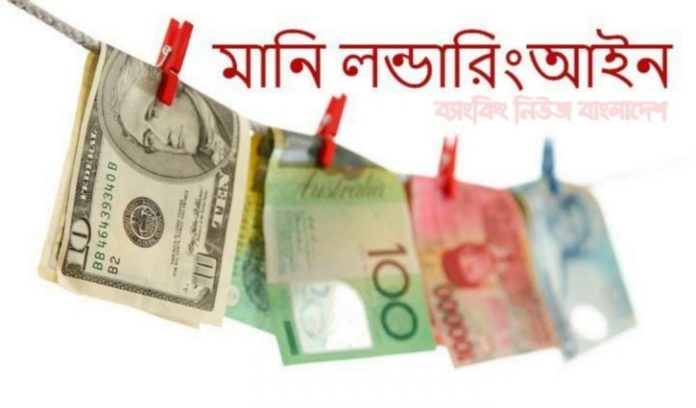 Whereas it is just and necessary to prepare rules with a view to preventing money laundering, Therefore, it is enacted as under:

2. Definition
If nothing is contrary to the subject and reference, in this Act-
(Ka) “ Illegal means” will mean any means which is not recognized by any Act, Rules or Regulations;
(Kha) “Crime” means any crime under this Act,
(Ga) “Court” means Money Laundering Court”;
(Gha) Financial Institution” means financial institution defined under Section 2 (Kha) of Financial Institution Act,1993 (Act No.-27of 1993);
(Umah) “ Code of Civil Procedure” means Code of Civil Procedure,1980 (Act V of 1908);
(Cha) “ Court of Session” means Court of Session mentioned in Section 6 of Code of Criminal Procedure;
(Chaa) “Determined” means determined by rules;
(Ja) “Code of Criminal Procedure” means Code of Criminal Procedure, 1898 (Act V of 1898);
(Jha) “Rule” means rule prepared under this Act;
(Eionh) “Bangladesh Bank” means Bangladesh Bank established under the Bangladesh Bank Order, 1972 (P.O. No. 127 of 1972;
(Ta) “Bank” means the Bank Company defined by Section 5(Na) of Bank Company Ain (Act), 1991 (Act No. 14 of 1991);
(Tha) “Money Laundering” means
(Au) Properties acquired or earned directly or indirectly through illegal means;
(Aa) Illegal transfer, conversion, concealment of location or assistance in the above act of the properties acquired or earned directly of indirectly through legal or illegal means;
(Da) “Properties” means movable or immovable properties of any nature and description;
(Dha) “Supreme Court” means Bangladesh Supreme Court constituted under Paragraph 94 of the Constitution of the People’s Republic of Bangladesh;
(Na) “High Court” means the High Court Division of the Supreme Court.

3. Supremacy of the Act
Not withstanding whatever may contain in any other Act in force, the provisions of this Act will remain in force.

7. Jurisdiction of the Court
(1) The Court will be able to impose the prescribed punishment for the crime committed under this Act and in applicable cases pass other orders including order for enquiry, confinement, seizure, fine and compensation.
(2) If the crime under other Act is associated with the crime under another Act in such a manner that in order to dispense justice it is necessary to proceed for trial for the both crimes together or cases are to be instituted together, then trial for the crime committed under this Act can be done at the same time under other Act in the same Court.
But the condition is this that if money laundering is associated with the schedule of crimes under such Act which is imprisonable for a period of less than three years the same will not be treated as a punishment under this Act.

8. Acceptance of the crime for trial etc
(1) Notwithstanding what is contained in any other laws all crimes under this Act will be cognizable for trial under this Act.
(2) All crimes under this Act will be Non-bailable.
(3) Subject to other provisions of this Act, no accused or punishable person will be released on bail, if-
(Ka) no opportunity is given to the complainant party on the application for releasing him on bail.
(Kha) The Court is satisfied that there is reasonable ground to adjust him guilty on the charges brought against him; or
(Ga) The Court is satisfied that the justice will not be hindered if he is released on bail.

9. Application of Code of Civil and Criminal Procedure, etc
(1) If nothing otherwise exists in this Act, provisions of the Code of Civil and Criminal Procedures will be applicable as the case may be in case of filing of complain, enquiry, seizure, attachment of property, trial and settlement for the crimes under this Act.
(2) Person conducting cases in the Court on behalf of the complainant will be called as Public Prosecutor.
(3) The Court will be able to order the enquiry officer to do further enquiry on the crime of the cases under trial and in such cases the Court will be able to fix up time limit for submission of the above enquiry report.

11. Freezing of the property
(1) On the basis of written application of Bangladesh Bank or person authorized by Bangladesh Bank the Court will issue Freezing Order for the properties of the person who is accused under this Act.
(2) If the Freezing Order is issued as per Sub-section (1) above (Ka) The Court will publish it in the form of Notification in the Bangladesh Gazette and national daily for information of general public.
(Kha)The concerned property will in no way can be transferred or the concerned property can not be made encumbered.
(3) In the Freezing Order under this Section, the name of the accused, designation, name of father and mother, address, profession etc should be mentioned as far as possible.
(4) If the bank account of the accused is under Freezing Order, if nothing contrary is mentioned in the above Order, all receivables of the accused will be credited in the frozen bank account.

13. Punishment for Money Laundering
(1) If any person is engaged in Money Laundering in any way he will be regarded as a person who has committed a crime.
(2) The concerned accused for the crime mentioned in Sub-section (1) will be sentenced to imprisonment for at least a period of six months and a maximum of seven years and will be fined for an amount not exceeding double the amount involved in the crime.

16 Punishment for divulgation of information
(1) No person will obstruct the enquiry or divulge information relating to enquiry or relevant other information to other person with a view to casting adverse influence on the enquiry.
(2) If any person violates the provision of Sub-section (1) he will be imprisoned for at least one year maximum or fined for at least Taka ten thousand maximum or he may be punished with both.

17. Punishment for obstruction in enquiry
(1) No person will express his unwillingness without any reasonable ground to assist the enquiry officer in his enquiry activities under this Act.
(2) If any person violates the provision of Sub-section (1) he will be imprisoned for at least one year maximum or fined for at least Taka ten thousand maximum or he may be punished with both.

20. Crime committed by the Company etc
(1) If the violator of any provision of this Act is a company, it will be regarded that each proprietor, director, manager, secretary or any other officer or employee or representative of the company has violated the provision:
But the condition is this that the concerned person will not be responsible for the violation if he can prove that the above violation has been done beyond his knowledge or he has failed to check the violation despite his best effort.

Explanation:- In this section—
(Ka) “Company” will mean any company, statutory body, partnership concern, Association or institution formed with one or more than one person;
(Kha) “Director” will mean any partner or member of the Board of Director in whatever name it is called.
(2) Registration of the company which is engaged in money laundering directly or indirectly will be liable to be cancelled.

21. Power to frame rules
Government by Notification in Government Gazette can frame rules in order to fulfill the objective of this Act.